Bernie Griffiths is certain the service he offers to wedding, portrait and family photographers is unique, with no one else in the world doing it quite like he does. 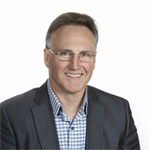 ‘The way I do the coaching is one-on-one. I don’t do group coaching or send a bunch of generic videos to clients. It’s a weekly, one-on-one ‘face-to-face’ Skype session,’ he told ProCounter. ‘What I offer is quite unique within the industry.

Photographers running marketing seminars only teach others based on their own business and what has worked for them.

Bernie opened his first and only wedding and portrait studio in Melbourne back in 1969 when he was 23, only to sell it three years ago when he decided a career change was in order. He doesn’t claim to have been overly skilled with a camera, but was in tune with how to market and promote his business.

That’s what he sees as an art.

In total he estimates well over $1 million in profit has been generated for clients with his assistance.

The coaching is done in either a six or 12-month program which involve a weekly hour-long session. Specific tasks for the photographer are set, and those taking the top end 12-month program have a personal visit from Bernie – be it in a studio, or a desk and chair crammed in the corner of a home office.

Given Bernie believes no two businesses are the same, it can be difficult for him to be specific about challenges wedding and portrait photographers face. However he’s noticed a few areas where photographers can improve.

‘New photographers generally fall short because of their ‘non-actions,’ he said.

‘They have to learn a lot of new skills – as I did when I became a full-time coach.

First and foremost they have to know how to use their camera and post-processing software, but there is also an art in learning how to market, and sometimes I find they don’t follow through with actions.’ 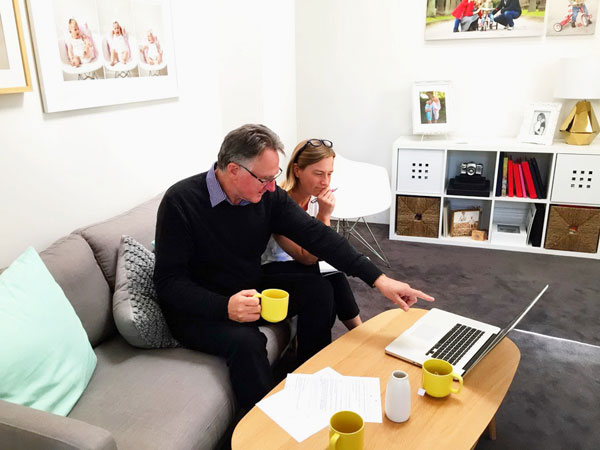 ‘Starting a third party alliance with a business or organization can be really handy and cheap, and I’ve noticed a lot of the successful, big studios do this. Let’s use car dealerships as an example,’ he said.

‘Make an agreement where each time the local dealership sells a car, have them send the customer a letter saying “As a thank-you we’ve organized a family portrait session with the area’s leading portrait photographer, with a print included at the value of $600”.’

But strategically targeting the right market is important. A photographer at the high-end of the market will yield better results by partnering with a Mercedes or Lexus dealership than, say, a Holden or Toyota dealership.

A high end photographer would be best suited with a Maserati, Mercedes, BMW or a Ferrari dealer – ‘targeting is everything’. 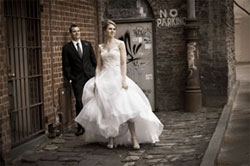 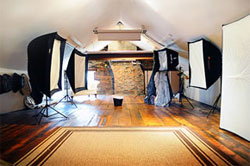 Bernie said he is currently running at 90 percent capacity with his photography business coaching. For the next month any photographers interested in his coaching but unsure whether to commit can try a two week ‘A Taste of Success’ program for $97.

Bernie first appeared on ProCounter’s radar earlier this year when he was interviewed about National Family Portrait Month, a charity-based event he organised with the aim of raising the profile of professional family portraiture in Australia. (And… possibly his own business!)